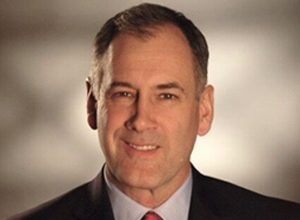 Mike Shackleton is the founder and Managing Partner at Shackleton & Associates.  He has more than twenty years of experience consulting a broad range of industry leading clients.  Mike has lead the development of proven recruitment and employee engagement methodologies resulting in outstanding outcomes.  Clients include Fortune 100 and private sector companies to trade associations and world class research universities that are most complex in structure (See our select client list).  Mike has also worked in the financial services industry as a Senior Underwriter for Blue Cross and Blue Shield of Illinois, and as a Senior Lending Officer for a small bank.

Prior to founding Shackleton & Associates Mike served as Managing Partner for Carpenter, Shackleton & Company Management Consultants.  He helped grow the retained search practice which was begun by his father George Shackleton and co-founding partner Eric Carpenter in 1985.  New clients Mike added to the practice include Audi Automotive, Rolls Royce and Credit Agricole.  In addition he successfully grew the firm’s higher education practice to include the Northwestern University School of Law, Northwestern’s McCormick School of Engineering and Applied Sciences, The University of Chicago’s Biological Sciences Division, the Office for Research and National Labs, and the Federal Affairs Office.  One result we are especially proud of was to recruit a former United States Ambassador to lead the Office for International, Government and Community Affairs for DePaul University, the largest Catholic University in the country.

Mike graduated from DePaul with a Bachelor of Science degree in Finance and was elected an Officer for Beta Gamma Sigma, National Honor Society for Business.  He also studied at The University of Chicago, earning two Varsity Letters in Basketball.  He and his wife particularly enjoy attending their two son’s extracurricular activities and giving back to their community. He has served on the Advisory Board for the Brother Leo V. Ryan Center for Creativity and Innovation at DePaul University.  In 2017 he was elected a Board Member to the Barrington District 220 Board of Education and Chairs the Finance Committee.