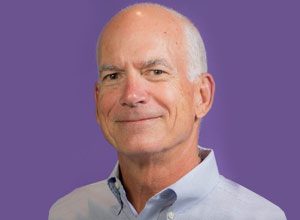 Marty’s focus is on teaching students and consulting with brand stakeholders on building and strengthening brands by effectively connecting them with consumers and other critical audiences.

“Powering Creativity Outside of The Creative Department”, also known as the responsibility of everyone involved in business to generate problem solving ideas, is one of his passions that he teaches in classrooms and shares with industry professionals.
He’s lectured at Northwestern University’s Kellogg School of Management, Cal Berkeley’s Haas School, Notre Dame’s Mendoza Business School, Indiana’s Kelly School of Business, University of Chicago, University of Wisconsin and The Ringling College of Art + Design.
As Senior Vice President, Group Business Director at DDB from 1995 thru 2008, Marty managed integrated communication efforts for Budweiser. He worked closely with Anheuser-Busch leaders, including August A. Busch IV and Robert Lachky. During his time of DDB leadership, Budweiser won every top industry recognition, including multiple Effies, Cannes Lions, Super Bowl victories, and Emmy nominations. His team’s success is best known for “Whassup!?”, an integrated multi-platform campaign that captured worldwide attention and the prestigious Cannes Grand Prix award in 2000 for the most creative in the world.

He served as executive producer for two collector books… “Our Flag Was Still There”, sponsored by State Farm Insurance Company commemorating the spirit of America following 9/11; and “The Great American Tradition”, celebrating the 75th anniversary of the Budweiser Clydesdales. He proudly volunteered to build a pro-bono team and co-produce a documentary for HonorFlightChicago.org, to honor and support WWII Veterans. The Emmy nominated film, with Gary Sinise voice-over and Bob Dole cameo, can be seen on their website today.

Marty started his advertising career at Leo Burnett where he held media and account management positions with P&G, Kellogg, Heinz and Phillip Morris. He moved to the other side of the spectrum and country with Hal Riney & Partners in San Francisco and helped open their Chicago office.

He was fortunate to work with legendary adman, Hal Riney and many other top creative minds including Bob Scarpelli, Jeff Goodby, Dennis Ryan, Don Pogany, and Vinny Warren.

He graduated with honors in economics from the University of Pittsburgh, studied at Northwestern University’s Kellogg Graduate School of Management and is a graduate of the 4A’s Chicago IAAS.

Marty continues to consult challenger brands on effectively building their consumer relationships. This includes Grey Sail Brewing of Rhode Island, a dynamically growing craft brewery for which he is a minority owner and marketing communications consultant.
He and his spouse, Louanne live in Evanston, IL. They enjoy traveling, biking, golfing, skiing, being curious, experiencing new things, and strengthening relationships with old friends and making new acquaintances.