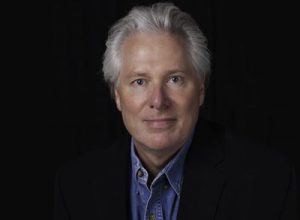 From 2013 to 2015, Dave served as a regional president and publisher with the Gannett Company. In this role, he was publisher of the Greenville (SC) News, and The Asheville (NC) Citizen-Times.

Dave was the president and publisher of the Naples Daily News, and a regional publisher for the newspaper division of The E.W. Scripps Company from 2010 to 2013.

He served as photojournalist at the Chandler Arizonan from 1980 to 1984. His photojournalism clients included; United Press International (Phoenix Bureau) Associated Press, New-Times Weekly, and Los Angeles based L.A. Magazine. In 1983, he became an assistant pre-press production manager at Cox-owned Tribune Newspapers in Mesa, Ariz.

In 1986, he returned to Michigan and began work as the pre-press production manager at The Oakland Press in Pontiac. While at the Capital-Cities ABC owned newspaper, he oversaw the transition from analog printing to a fully digital color photographic production process.

In 1993, Dave transferred to Capital-Cities ABC owned The Kansas City Star. He started in advertising sales, later becoming The Star’s evening pre-press production manager. He later returned to Detroit to become vice president/sales of a book and magazine manufacturer.

From 2001 until 2004, he served as associate publisher of the Detroit Jewish News and Style Magazine located in Southfield, Mich., where he served as a member of the JR Media’s operating committee.

In 2004, Dave was contracted as vice president/advertising for the Journal Newspapers which later became The Washington Examiner. Following this, he was contracted as publisher of Washington Jewish Week, serving the greater Washington, D.C., area.
Under the DNCO LLC. umbrella and working out of his Naples studio, Dave’s emphasis is portrait photography. His past work as a photojournalist is published in a number of publications. Currently focused on commissioned portraits, he produced cover art for biography “Monaghan: A Life” published by TAN Books; Charlotte NC.