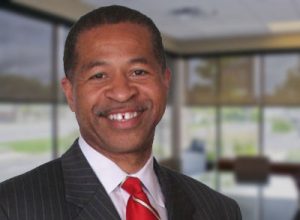 Drew Berry is the Emmy Award-winning President of Drew Berry & Associates, LLC, a media-consulting agency. Berry is also Director of Marketing for Florida A&M University, former visiting professional at Hampton University in Hampton, VA and Executive Consultant for the National Association of Black Journalists. It is Mr. Berry’s more than 25 years of experience in the television news industry and his role as the top executive, General Manager, of the ABC-TV station in Baltimore that motivated Berry to launch Drew Berry & Associates, LLC in 2007.

The bulk of Berry’s experience has been in the country’s top 5 markets of New York, Philadelphia and Dallas. He also worked at CNN in its infancy before the number one rated news operation in Philadelphia lured him away to produce one of its newscasts. Berry was then promoted to the nation’s top television market when he arrived at WABC-TV New York City. He earned a promotion to Executive Producer in one year.

Berry is a recipient of dozens of awards and honors throughout his career. He won back-to-back Emmys in consecutive years for “Outstanding Newscast” while he was in charge of the CBS local news operation in Philadelphia. He has held positions on more than a dozen business boards and advisory committees including Medstar Health, Inc., the largest healthcare provider in the D.C. Baltimore region. He is a member of the Comcast/NBC Diversity Council.

A native Texan, Berry grew up in Dallas and earned a Bachelor of Science degree in Radio, Television and Film from the University of Texas at Austin.